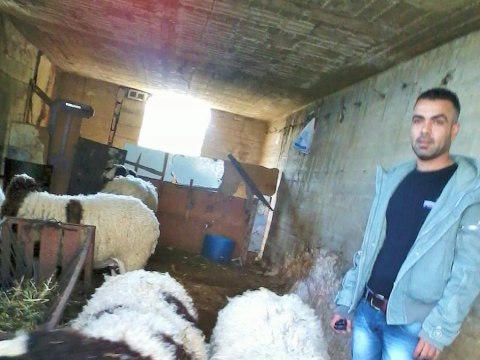 A loan helped to buy more sheep, which will be sold later for traditional local holidays.

Fare' is 29 years old, single with no kids, and lives near Jenin city. His mother, Turkieh lives with him in the same house. Fare' has a small stockade in front of his house, and he uses it to trade with livestock, such as goats, sheep, horses etc. Fare' needs the loan to buy sheep in order to raise them and sell them on the Adha Eid, as it is a tradition in Palestine that Islamic people sacrifice sheep for religious reasons. Fare' faces two main challenges, the first one is the lack of liquidity, and that limits his ability to expand with his project and buy more livestock, the other challenge is the seasonality of his project. For the future, Fare' hopes to expand his project as it is the main source of income to him and to his mother, and by expanding his project his profits will increase and then he will get the chance to get married and have a family.