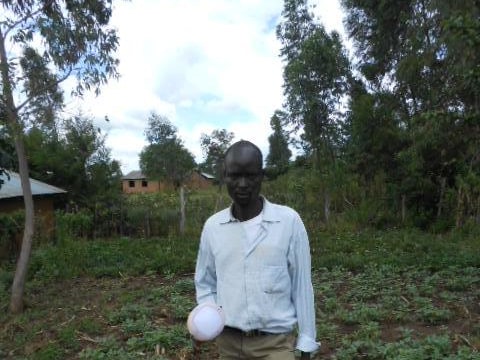 Josphat's Group's loan finished fundraising, but these other borrowers need your support

Josphat is the group leader of his group in Matete District, and he is representing ten farmers, including himself. He is married and a proud father of four children. Josphat joined One Acre Fund for the first time this season, but he has been a farmer for thirteen years.

Like many other farmers, Josphat decided to work with One Acre Fund in order to earn enough to feed his family. He hopes that by joining One Acre Fund and using the seeds and fertilizer he will get with this loan, he can join the ranks of One Acre Fund farmers that have doubled their harvest in their first year of the program. He plans to use the profits he earns from this year’s harvest to invest in a business.

Josphat's Group will use the farming inputs received with this loan to cultivate a total of seven acres of land. They will also receive a total of three solar lights, as, even though Josphat decided not to, some of the farmers in the group will be purchasing a solar light as part of their loan package.