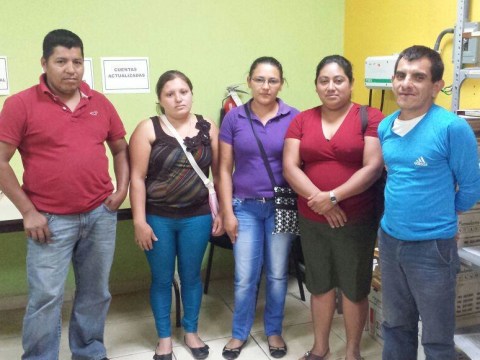 A loan helped to buy manure and fertilizer for his coffee plants.

Raúl is 47 years old and lives in a free union relationship with his partner and their four children. They live in a community that is part of the municipality of San Pedro Sula. He has always been a coffee grower and its production has been his source of income for the family for several years. He sells the coffee at the local market. Raul has decided to ask for a loan of 10,000 lempiras as part of a group so he can buy manure and fertilizer for his coffee plantation to attain a better crop. His plan is to continue improving the plantation so he will always have a source of income. The group is called Los Amigos de Polo and is made up of five members who live in the same area and who all are engaged in coffee production. The loan is for 50,000 lempiras which will be spent on fertilizing the crops. In the photo they are Carlos, on the left; then Norma, Idania, Francisca and Raul on the right.