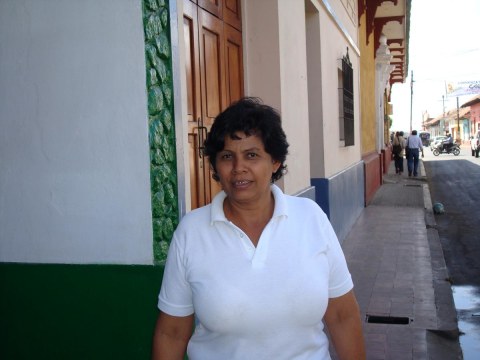 Petrona Concepcion's loan finished fundraising, but these other borrowers need your support

Petrona Concepción P. Gonzáles is 46 years old. She is single and has 2 children. Her oldest daughter is 20 years old and is in her first year of university. Her younger son is 6 years old and is not in school because he has learning difficulties. Petrona's goal is to continue her work, which has supported her family. She also wants to help her son achieve and provide an advanced education for both of her children. Her biggest priority is to support herself and not have any difficulties facing future situations. Her dream is to buy a farm where she can raise cattle and sell milk so she can support her family with this income.

Petrona works from her home as a seamstress and sells her merchandise to her friends and neighbors. She has owned her business for 15 years. Doña Petrona began her business when she was a single 19-year-old woman and urgently needed a source of income to pay for her studies. Once she finished her sewing classes, she decided to start a business which would become her source of employment. When she was 25 and married with children, she became responsible for her family when her husband abandoned her and her household income decreased. She began to make children's clothing. Her neighbors purchased her creations and she decided to start making clothing for men and women. It was very difficult because she needed to take care of her sick son. She was responsible for both her job and her son, but she did not give up despite the difficulty of the situation and achieved her goals.

This loan will provide business capital for her to buy raw materials for the men's, women's and children's clothing. She is thankful to La Fundación León 2000 and its sister organizations responsible for providing her with support.