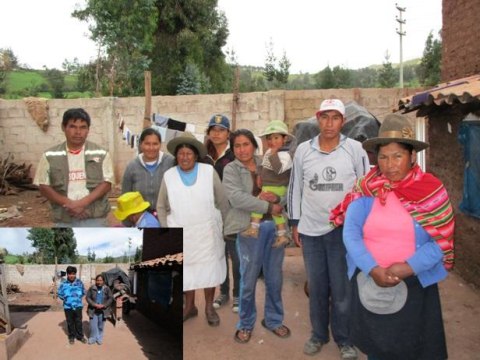 Virgen Asunta Group's loan finished fundraising, but these other borrowers need your support

A loan helped buy ingredients such as rice, vegetables, and chicken for her restaurant.

These people belong to the communal bank "Virgen Asunta", which is located in the Anta district, belonging to the province of Anta and the department of Cusco. One of the members is Sra. Dora. She is single and is 33 years old. She runs a restaurant where she makes different dishes such as oven-baked chicken, soups, and stir-fried meat. She works from 8 am to 6 pm, and has had her business for eight years. It is doing well. Dora is seeking a loan to buy ingredients such as rice, vegetables, and chicken. The members whose photo appears at the side were excused from the main meeting for reasons of work. The members have businesses such as selling milk, selling vegetables, running a grocery store, and selling food. Dora is grateful to those lenders who are helping her fulfill her dream and promises to make the repayments according to the schedule.