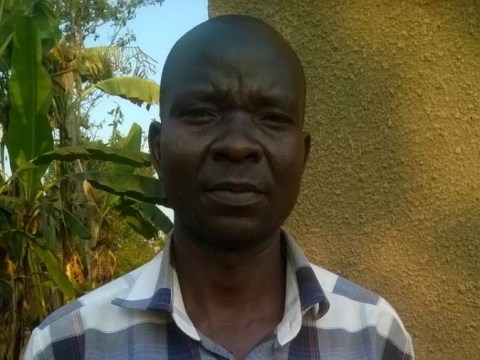 A loan helped To pay for products and aquire a trycycle for transportation of products.

Stephen is a married, 42-year-old father of four, whose children are aged between 20 and 12 years old. He lives with his family in Iganga, but is originally from Tororo in Eastern Uganda. Stephen started out in business as an entrepreneur selling essential commodities like tea and sugar, having dropped out of junior high school due to a lack of tuition fees. He supplemented his business by selling children’s clothes. It was while doing this that Amuza, an UpEnergy Sales Executive, introduced him to the business of selling improved cook stoves. Realizing that the demand for the product was high, and that he enjoyed a lot selling energy-efficient stoves, Stephen decided to become an UpEnergy distribution partner as well. He has been successfully selling UpEnergy products for three years now. He attributes his success to the healthy margins and uniqueness of the product on the Ugandan market, as well as the well-managed operations at UpEnergy, meaning a quick and reliable service. In addition to earning a living from the sale of the product, entrepreneurship and building a successful business are very important to him. He is also proud to be able to improve the livelihood of people in the communities who are able to save from improved fuel use. These savings are being channeled to other expenses like school fees for children or housing expenses, as well as enabling families to avoid the dangers of open fires, which is common with the use of three stone fires. His aspiration is to be able to grow his business, so that he can be able to see his children through school and ensure that they have a better life. The loan will make it possible for Stephen to scale up his business, and allow him to increase his stock, so that he saves time and transportation cost by not having to travel as often, to replenish his stock in order to meet the high demand on stoves. A portion of the loan will also go toward leasing a tricycle that will make it easy for him to reach the rural communities and reduce on transportation costs that currently eat up most of his margins.