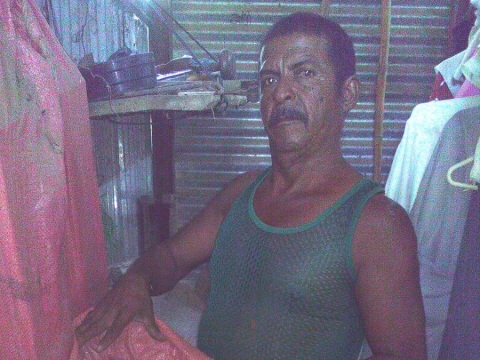 Manuel, 56, lives in his own house with his two daughters and three grandchildren. He makes a living by growing corn, beans, and millet. He also raises dairy cattle. He has worked in agriculture for over thirty years, and one of his daughters helps him. He grows crops from January to April, and when his harvest is ready, he stores it in sacks such as those shown in the photograph so that he can later sell them. He is applying for a loan to buy fertilizer, manure, pest control, weed killers, etc. in order to have a better financial income.