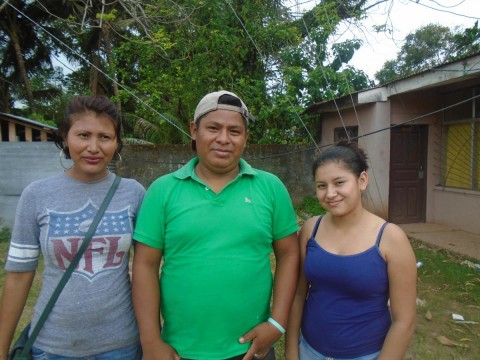 San Jeronimo Group's loan finished fundraising, but these other borrowers need your support

A loan helped to increase his inventory of clothing and shoes and to buy beans, cheese and charcoal.

This communal bank is one of the few mixed groups, made up of one man and two enterprising women (Juan Carlos, Dacia and Yorlene Selena). They live in Bilwi, Puerto Cabezas. The women are entrepreneurs who are working hard to make their small businesses grow: a beauty salon and clothing and shoe sales. They chose the name San Jerónimo because two members of the communal bank are originally from Masaya. With the previous loan, provided by Pana Pana and financed by Kiva, Dacia, the group's coordinator, was able to buy merchandise for her small beauty salon: nail polish, dyes, makeup, perfumes and body lotions. Juan Carlos is a member of the communal bank. He is a cheerful and sociable man, who originally came from Masaya. He moved to Bilwi 17 years ago, with the aim of establishing his own business. He is married and has two children: the older one, age 12, is in the first year of secondary school, and the younger one, age 6, is in the first grade of primary school. His wife is a merchant. He has several years of experience as a small merchant selling new clothing and shoes. Thanks to the loans granted previously by Pana Pana and financed by Kiva, he has been able to diversify his offerings of products and and stock his business little by little. Currently he also sells cheese and cooked beans from his sales stand. He is requesting a loan to increase his inventory of clothing and shoes, which he will buy in Managua and Masaya so he can offer more affordable prices for the local people and his customers in Bilwi. His dream is to have capital of his own.