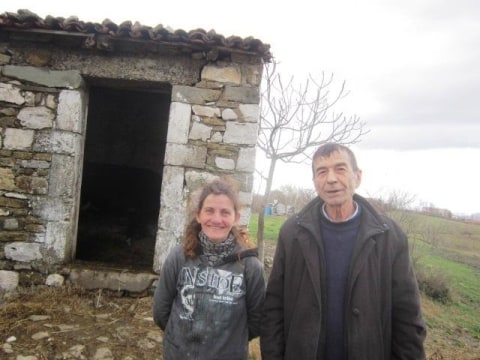 Taze's loan finished fundraising, but these other borrowers need your support

A loan helped to pay for the debt of her new cow.

These villagers are the 56-year-old Taze and her husband, Mark, a blind man. Taze had a milk cow before it had started to produce less and less milk as days went by; thus, she decided to sell it. With that money, in addition to the loan that she is requesting from lenders now, she will buy a new one that could produce up to 30 kg/day. Kindly note that cows produce milk all year around except the last two months of their pregnancy. In this case she purchased the cow and owes some money to those she bought it from, this is where the loan will go. Taze sells a baby calf per year and raw milk to some nearby dairy farms, about 9 liters per day, whereas the rest she uses for her own needs. All in all, Taze has about 16 dynym of agricultural land where she plants mostly corn and wheat. She sells about 20 quintals of corn and 6 quintals of wheat. The rest she uses as feed for her animals.