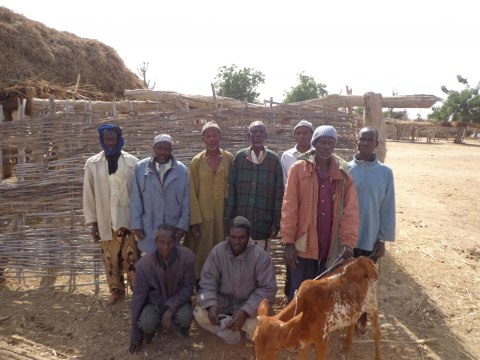 Jekafo Group's loan finished fundraising, but these other borrowers need your support

A loan helped to buy cows to resell.

Djiki is the man holding the cow's leash in his hand in the photo. Djiki is a 63 year old Malian man who is married and the father of 3 children, one of whom attends school. His wife is a shepherdess. He left school very early. He raises cattle. He has had this business for several years. In order to purchase more cows, he came to RMCR for funds. He purchases his cows in the local markets. He sells his cows in the same markets. Often he has to deal with problems such as price fluctuation or bovine illnesses. He has an enclosure made of wood where he keeps his animals. His goal is to make his enclosure more secure in order to protect his cows. The profits he makes allow him to pay for agricultural inputs, and to pay his family's living costs.