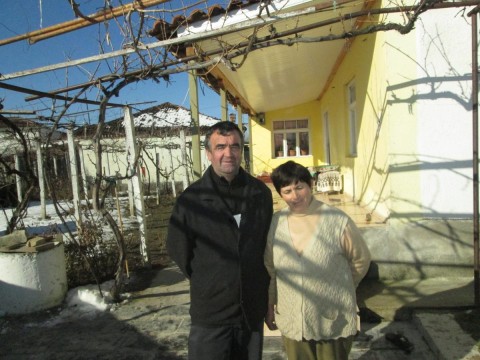 A loan helped to start a dairy farm by buying two female baby calves at the moment.

Selman is a 58-year-old villager and a married father of two, 24 and 22 years old. In the photograph is him and his wife, Lirije. Selman wants to buy two female baby calves; at the moment he has none and the reason why he wants to invest in baby calves is that he plans on building a dairy farm. Buying baby calves instead of dairy cows is cheaper. Selman's focus up until now has been in agriculture; he owns about 13 dynym of agricultural land where he plants wheat, beans, fodder and vetch; in between beans, he plants broom straws. He sells most of the produce at the local farmer’s market and sells the animal feed to villagers who have cows.