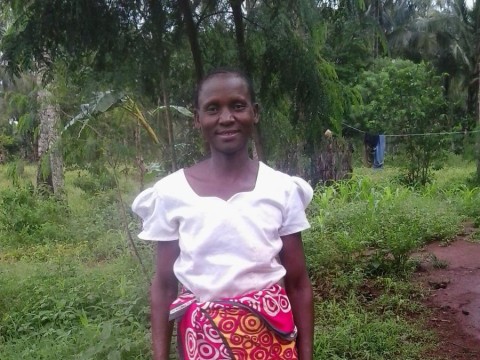 Kadii's loan finished fundraising, but these other borrowers need your support

A loan helped to purchase tree farm planting inputs such as seedlings, and pay for technical training and planting support.

Kadii is a forty-one-year-old Komaza tree farmer. She has seven children, four of whom are in school. She is a widow. In addition to growing trees, Kadii also cultivates maize and cassava and supports her family by doing casual labour on private farms. She decided to join Komaza to get money in the future for her children and plans to spend the money earned from the Komaza tree farm to start a charcoal selling business. Kadii’s favorite part about working with Komaza is the planting of trees on her farm.