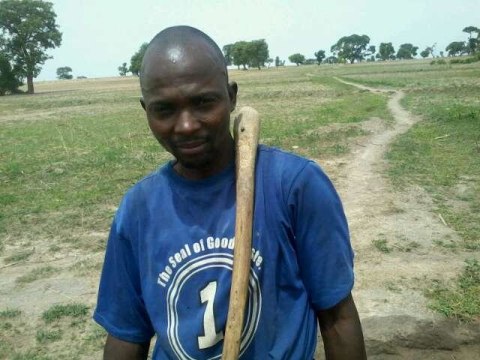 Isiyaku's loan finished fundraising, but these other borrowers need your support

A loan helped To buy food and clothing, thereby eliminating pressure to sell corn at low prices at harvest.

Isiyaku is a maize farmer from Burus village in Kaduna state. Before he became a Babban Gona member, Isiyaku would have had to sell his maize for low prices soon after harvest, to cater for his immediate cash needs. With this loan and Babban Gona’s support, Isiyaku can now store his maize at harvest time and sell it a few months later for up to 40% higher than the market price at harvest. Isiyaku, like other members of Babban Gona, intends to use the extra income to expand his farmland, and hopes to become the most profitable farmer in his community.