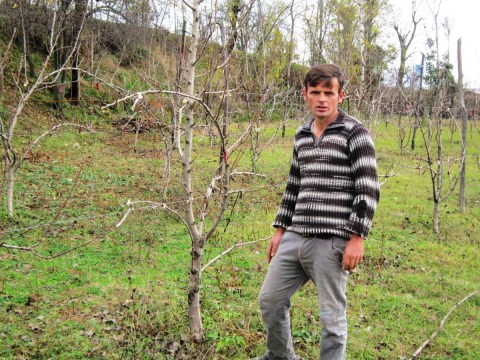 A loan helped to build an irrigation system.

Dritan is 33 and a father of two children who are nine and five years old. The loan that he is requesting will be used to build an irrigation system. So far he hasn’t had one, and it has been very difficult to water the land. He said that sometimes the water he was getting was so little, that the vegetable plants dried in the summer months. Dritan has been working in agriculture for some time, planting and selling beans and potatoes, and selling raw milk and other dairy products that he makes from his dairy cows, and also selling apples from his orchards. During summer, he goes to Greece for seasonal work in the tourism industry, while his wife stays home and takes care of the children, and also helps with the agriculture and livestock activities.