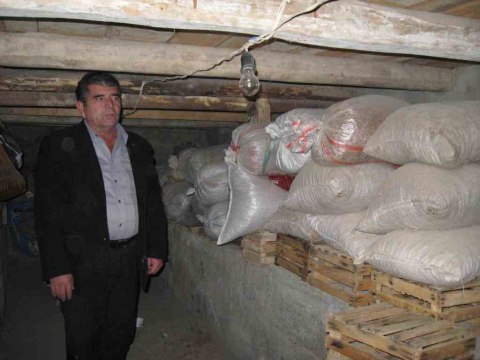 A loan helped To buy more goods to sell.

Jamoliddin S. is 55 years old. He lives in Isfara. He is married and has 5 children. Jamoliddin has a business processing and selling dried fruits in the central local market. He is experienced in the business of making dried fruit.

Jamoliddin is a hard-working man who has fought to provide for his family and educate his children. Today his children are working adults thanks to his example.

Jamoliddin purchases dried fruits from local farmers at wholesale. After processing them, he sells them to his customers. Because he buys his goods wholesale, his prices are lower than regular market prices. He offers a wide assortment of goods for clients of different means. All this allows Jamoliddin to make his business quite successful and it brings a stable income to his family. Currently, he needs a loan of 2500 Somoni ($750 USD) to buy supplies so he can continue to offer good products to his customers. Jamoliddin expresses his gratitude for your support.