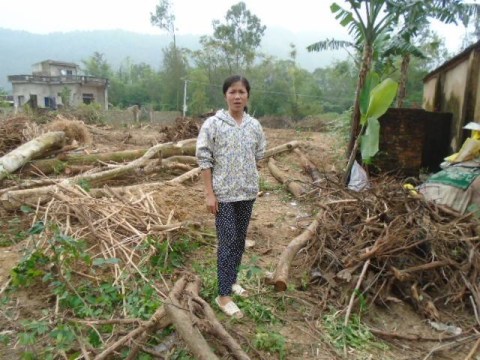 Thu's loan finished fundraising, but these other borrowers need your support

A loan helped to purchase sand, cement and brick to build a toilet.

Mrs. Thu works in agriculture, farming poultry and cattle. Thu is 32 years old and she is married with two children. Thu lives in Hoang Hoa district, a rural town in Thanh Hoa province. This is Thu's first loan with Thanh Hoa Fund of Poor Women. Thu has been involved in this business for more than 10 years. The main hardship that Thu faces in her life is not having a latrine. She is requesting a loan to purchase sand, cement and brick to build a toilet. In the future, Thu hopes for her children to do well in school, and to build a new house.