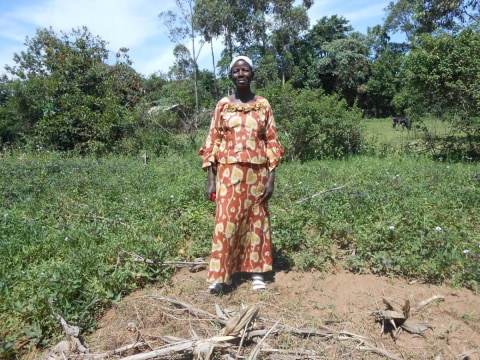 Jacklyne's Group's loan finished fundraising, but these other borrowers need your support

A loan helped to purchase hybrid seeds and fertilizer for maize cultivation.

Pictured above is Jacklyne, who, as a group leader, is representing her group formed by 15 farmers in Kakamega North District, Kenya. She is married and is a mother to four children. She is known by her community as a very hardworking individual. Initially, Jacklyne joined One Acre Fund in 2011 because she wanted to have access to quality training and acquire new farming methods. Since she joined the program she says that her life has improved, especially because she has been able to save more money. With the profits from the coming harvesting season, Jacklyne plans to save more money for the future. Among the 15 farmers in Jacklyne's Group, a total of nine acres of land will be planted using the maize seeds and fertilizer received with the loan. Additionally, some of the farmers in the group will be purchasing a solar light so, with this loan, the group will also receive a total of four solar lights."