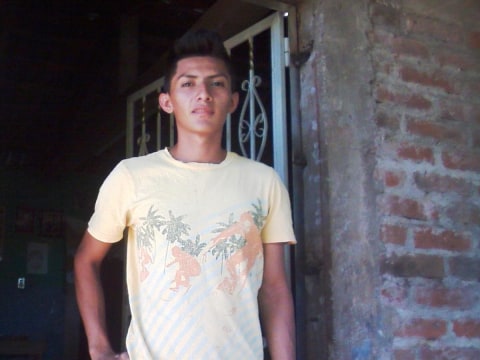 A loan helped to buy a motorcycle.

Rafael is 24 years old. He is married and has a 2 year old son. He was only able to go to school up the 6th grade os primary school because from the time he was little he helped his father with his work. He would be very tired when he finished and didn't so well at his studies and that is why he left school to work. His wife is a housewife. Seven people live with him, but only his wife and son depend on him. Rafael is a merchant. He has had this business for two years. He started by helping an uncle. With what he learned from seeing that it was a good business and brought good results, he decided to open his business. He also has a big broiler chicken farm that his wife helps him with when he is working. Sometimes he finishes his sales quickly and sometimes it takes him longer. The loan will be used to buy a motorcycle to speed up his business. At this time he moves his product in a basket mounted on his bike. It's very tiring and he can load very little merchandise. This would be resolved with the motorcycle and this way he will have more time to take care of his farm. Rafael hopes to improve his business, but what he wants the most is to keep going to school so he can finish college.