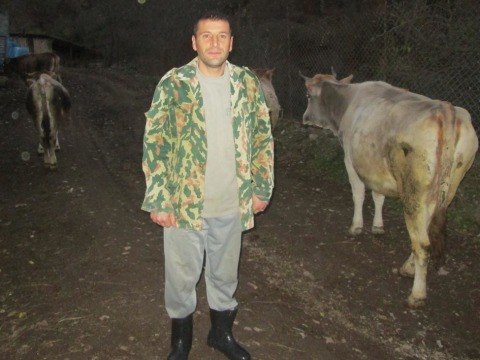 A loan helped to buy fodder for his farm cattle.

Gevorg is 32 years old and he happily lives in the village Lusahovit in the Tavush region. Gevorg lives with his parents and he also has a lovely family with a beautiful wife and two pretty daughters (school-aged). Gevorg has no higher education. Now he works at a construction store as a salesman and, at the same time, with his father he is engaged in farming and agriculture. On his farm he has 6 cows, 3 pigs, 10 chickens. He also planted a lot of apple and nut trees on his plot of land. They already gives a good and bountiful harvest. From his farm Gevorg's mother sells milk, butter, cheese, meat and eggs. In all, Gevorg says that he is happy with his farming activities. Last year the income from it helped him to buy a car for his family and also a tractor for farming. Gevorg wants to spend this loan, for the amount of 300,000 Armenian drams, on the purchase of fodder for all his farm cattle.