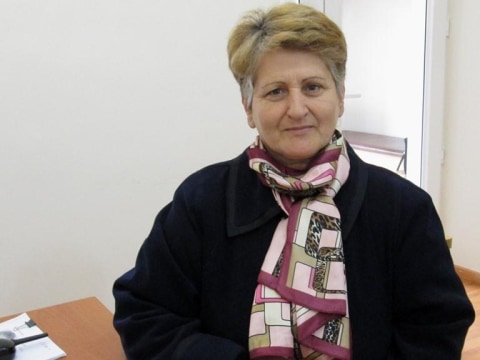 A loan helped to buy furniture for the guest-room, to make it more comfortable and attractive.

Raisa is 59 years old and unfortunately for ten years already she has been a widow, but fortunately she has two glorious sons and she lives with them in her native Kapan city of Syunik region. As she says she is very proud both of them, who are already adult men and they take care of her so cutely, tenderly, and with great respect. Raisa many years worked at the knitting factory, and now she works at the theater as a property worker. Her elder son lately got married and he lives with his family separately now. Only Raisa’s smallest son lives with her and he simultaneously works in two places, at the theater and at the local hospital as an electrician. Raisa now impatiently waits until her second son also gets married, since he already has a very pretty girlfriend. Raisa has made some savings during several years and she wants to change the interior of her house a little bit, particularly her guest-room, but without some more financial support she can’t manage. She asks a loan of 200,000 AMD (Armenian drams) in order to buy guest-room furniture, to make it more comfortable and attractive.