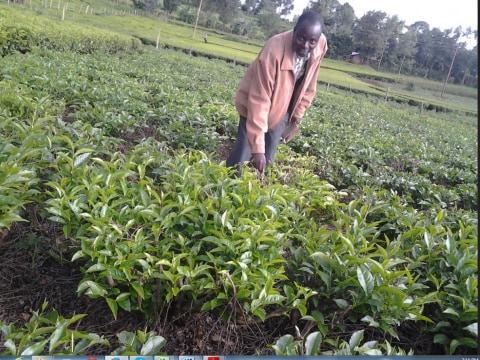 Erick's loan finished fundraising, but these other borrowers need your support

A loan helped to build a greenhouse.

Erick, 37, is a smallholder farmer residing in Kericho, an agricultural town in the south Rift region of Kenya. He is among the most successful clients of Juhudi Kilimo, a microfinance institution that deals only with smallholder farmers in rural parts of Kenya. Tomatoes are Erick’s flagship produce. He also practices tea leaf farming and does other small activities in order to supplement the meager income he earns. Back in 2000, Erick practiced traditional farming with little knowledge and no financing at all. He was raising a maize crop of only half an acre per season. The returns were so meager that he could barely fend for his survival. He kept up with maize farming for years without turning a profit, until 2012 when he switched to tomato farming, and then there was light at the end of the tunnel for Erick. Today, Erick is a fully-fledged entrepreneur. He has been provided with technical guidance, training programs, and exposure visits. To capitalize more on his returns from the booming tomato farming, Erick is seeking a loan of 60,000 KES in order to build a greenhouse. Unlike his competition, Erick conducts proper soil preparation and uses modern farming techniques to ensure high quality produce. By doing this, he has created a name for himself and a demand for his produce. Your lending will contribute greatly to the actualization of Erick's goal, which is to expand the greenhouse. In the future, he is also planning to introduce the zero-grazing method, intensify his maize farming, and start making value-added products.