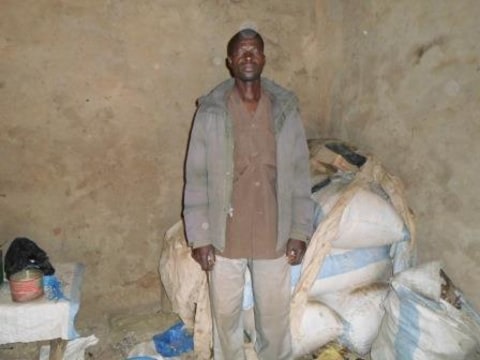 Monsieur Issa was born around 1970 in Nimporodioula. He is married and the father of 11 children. He lives with his spouse in a traditional family in Médine, a working-class neighborhood in the city of the Sikasso. Monsieur Issa has been buying and selling cereals for over 16 years. He buys his supplies in the markets around Sikasso. This is the tenth individual loan he's received from the microfinance institution, Soro Yiriwarso, in the hopes of better satisfying his ever-growing clientele. All of his previous loans have been repaid. This new loan will allow him to buy 41 100kg bags of cereals. After buying his supplies, he briefly stores them in his home before reselling them. He sells in the market to a clientele comprised of men and women who buy with cash and by credit. He would like to earn an average monthly profit of 105,000 Central African CFA francs. This profit will allow him to pay his loan and interest and to invest the rest in his business.