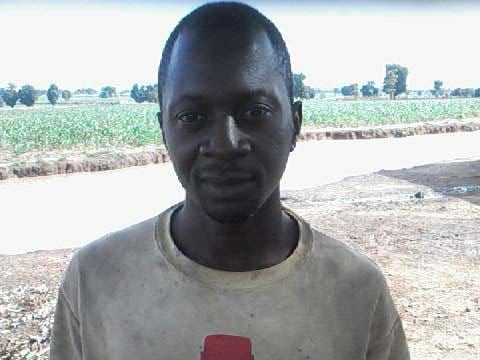 Aliyu's loan finished fundraising, but these other borrowers need your support

Aliyu is a maize farmer and a member of Babban Gona. Aliyu joined Babban Gona primarily to create a better future for his children: Buhari, Hamza and Mohammed. Aliyu is excited that Babban Gona offers a lasting solution to ending the cycle of poverty. As a result of his previous loan for inputs, Aliyu expects to reap up to 30 bags/hectare of maize, double the national average of 14 bags/hectare. Before he became a Babban Gona member, Aliyu would have had to sell his maize for low prices soon after harvest, to cater for his immediate cash needs, such as food and clothing. With this loan and Babban Gona’s support, Aliyu can now store his maize at harvest time and sell it a few months later for up to 40% higher than the market price at harvest. This allows Aliyu to generate earnings of up to $1,000/hectare, more than four times the average Nigerian farmer’s annual income. When asked, Aliyu said: "I would like to use this additional income to educate my children, and ultimately, I hope to ensure my children are educated and have professional jobs."