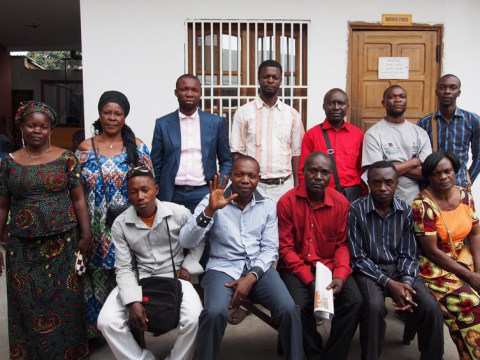 Rock is a member of the community bank group La Delivrance 2.1 in Brazzaville, the Republic of Congo. Helping to lead a subgroup of 11 other micro-entrepreneurs, Rock has been running his own car spare parts business for over 10 years. Rock has a dream of one day opening a series of spare parts shops throughout the city of Brazzaville, branching out from his current district, and eventually spreading to other cities. With just one small shop at present, Rock would like to take out a loan of 3,450,000 XAF with his community bank group through HOPE Congo. Rock is now on his fourth loan cycle with HOPE Congo since joining La Delivrance 2.1 in 2013, and will use his next loan to purchase additional motor pieces for commercial vehicles such as the buses and taxis that make up Brazzaville's public transportation. The father of two children, aged four and two, Rock’s dreams for his children are that they will be able to live well and be happy. He also hopes to be able to travel twice a year to purchase spare parts in person that he can bring back to sell.