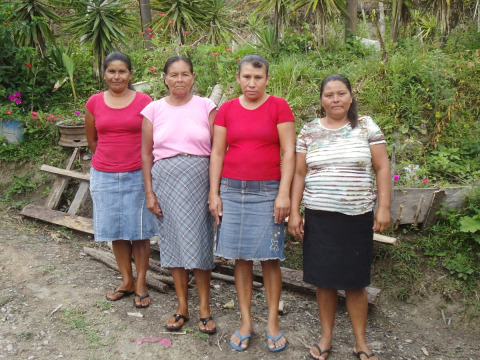 A loan helped to invest in the planting and maintenance of her coffee crop.

Martha is thirty-four years old. She lives in a common-law marriage and has four children with her husband. They live together in the municipality of San José de Comayagua. She has always made a living in agriculture, particularly in growing beans and corn. Six years ago, she also began to grow coffee; she felt that this crop would provide her with a greater source of income. She sells the coffee to intermediaries in the area. The loan she is requesting as part of a group will be invested in the planting and cleaning of her coffee farm. She feels that this will greatly improve her farm and allow her to have a greater production. Her goal is to be able to cultivate an additional plot of coffee and to thereby increase her production. The group is called 20 de Agosto de Taulabe (20th of August of Taulabe) and is comprised of four individuals who make a living in agriculture and who live in the same area. The group is requesting 14,000 lempiras for the planting and maintenance of the coffee farm. Pictured left to right in the photo above are Juana, Maria, Martha Leticia and Martha Lidia.