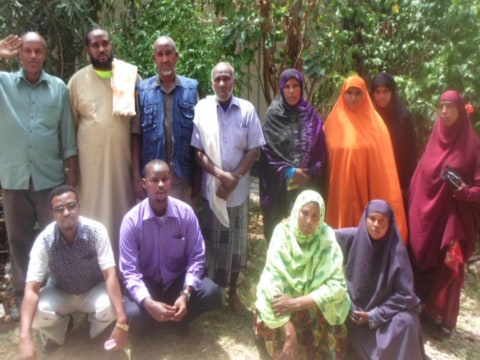 A loan helped to expand his fishery shop.

Ahmed is a 54-years-old man and he lives in Hargiesa, Somaliland. He is a responsible father of 9 children. Ahmed is the one who standing the left side of the photo group rising his hand. He owns a fishery shop in the Jama Gunti market. He has been running his fishery shop for the last 6 years. He buys fish from Hargiesa and Berbera and sells the fish in his shop to his customers. Ahmed is the leader of group known as Boodhari which consists of 12 members, six men and six women. All the group's members need to expand their medium and small business. Ahmed also wants to expand his fishery shop and he requests a loan of $500 from Kaaba Microfinance.