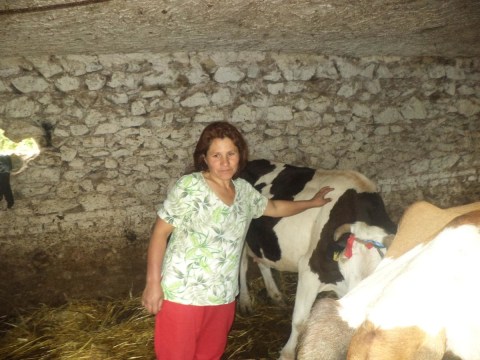 A loan helped to invest in a dairy cow.

Merita is a 40-year-old villager from the district of Korca, just southeast of the country. She’s got two children who still go to schools, respectively. All that she does is agriculture/livestock, and she sees it as profitable, she says. She plants in small quantities and sells wheat, corn, potatoes and beans, and also raw milk to a nearby dairy farm, and baby calves to locals. The village where she resides is known for the large production of wheat, corn, beans and potatoes, and other grains such as vetch, oats and rye. Merita has already two cows and wants this loan to invest in another one. Now that her children are almost grown-ups, they help her with the activities, especially with the livestock, according to her. Merita wants to thank lenders in advance for the financial help.