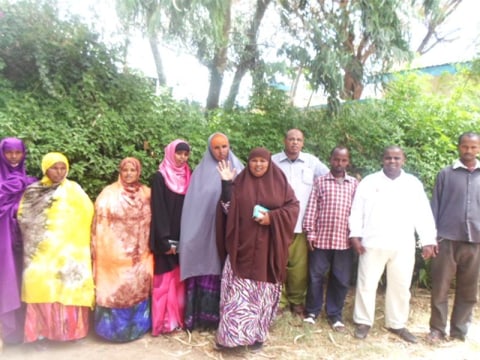 A loan helped to expand her cafeteria.

Ubah Omer is a 46-year-old woman. She has nine children, seven males and two females. She is the one raising her hand in the group photo. Ubah is the leader of a group named Hambal, which consists of 10 members. Hambal group consists of six women and four men. All of the group members have an existing small or medium-sized business in Hargeisa City. Ubah has a medium-sized retail cafeteria in Somaliland parliamentary compound in the capital of Hargeisa. The main products Ubah sells are coffee, black tea, and soft foods. She requested a loan amount of $700 from Kaaba MFI to expand her cafeteria. Hambal members are a group, but each and every person has his/her loan, as all of them have existing businesses.