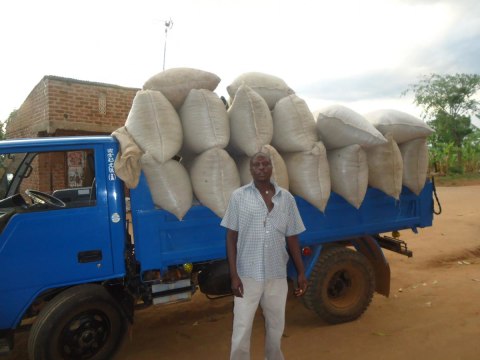 David's loan finished fundraising, but these other borrowers need your support

A loan helped to purchase coffee and maize.

David is a married man, aged 36 years, with seven children who go to different schools. He is an agriculturalist who deals in the growing of beans, maize, and coffee. He works for five days a week and ten hours a day and he has been in this produce business since 2008, due to the fact that he wanted to generate income for survival of his household. He is also a salary earner and owns rentals from which he gains an additional income to support his family. He hopes to use the loan to buy more corn and coffee to sell to his customers. He normally sells his products to fellow farmers in Rakai and neighboring trading centers. David's hopes and dreams are to increase on his income. He however faces a challenge of natural calamities like drought which affect his business. He is described as an honest and hard working man in business and asks lenders to introduce grace periods so that clients benefit more from these loans.