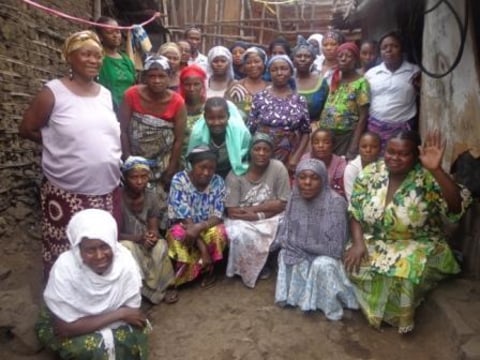 Utulivu B Group's loan finished fundraising, but these similar borrowers just need a little more help to reach their goals!

The featured borrower, Solange, works in retail. She is also a member and the vice-president of a village bank called "Utulivu B". She is 32 years old, married, and the mother of two very young children. She is a dynamic entrepreneur who sells drinks. She has a stall, at home, on which she displays her merchandise. She lives in a busy part of town, which helped her to attract many customers. She started her activity with an initial capital received from her parents. Later on, she took a loan from Kiva's partner, the micro-finance institution Hekima. She now has three years of experience in her field of work. With this new loan, she will be able to buy five crates of sweet Fanta, ten crates of Primus beer and two crates of Metzingen beer. In the future, she would like to be able to feed and educate her children. She thanks Hekima for empowering small-scale entrepreneurs who are excluded from the traditional banking system.