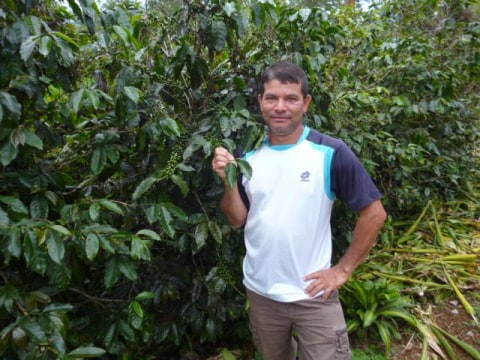 Roberto's loan finished fundraising, but these other borrowers need your support

A loan helped to buy supplies such as fertilizer and fumigants.

Roberto is 42 years old, married and is currently living with his wife and one son. He wants to buy some supplies as well as copperwood trees to be replanted in his coffee plantation. He relies on his land, so he would like to replant the most damaged areas, which will increase the next harvest and he can grow as a coffee farmer in the area. He hopes that these improvements will generate a better production of coffee beans and will also help him earn more money to continue on with his project and improve his well-being. It is the first loan he has received from FUDECOSUR. He has not previously had loans from government-owned banks, but FUDECOSUR has given him a loan with greater ease and a lower interest rate.