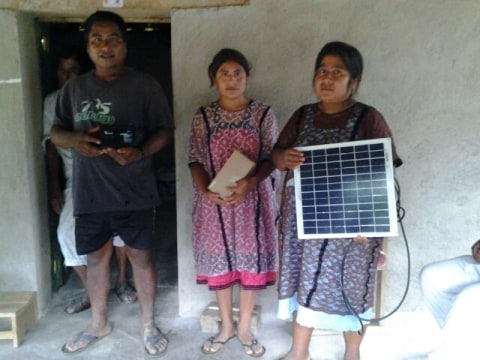 A loan helped to acquire a solar home system to extend their productive hours doing handcrafts during nighttime.

Herminia, Victoriano and Marcela live in the “Cabeza de Arroyo Granizo” community in the municipality of Xochistlahuaca, located in the state of Guerrero. The thing about this community is that very few people have the privilege to access electricity, and this is not the case for Herminia and her group. Currently, Herminia mostly devote her time to crafts, but she has to stop working at night given the lack of electricity, this is why she is sure that by acquiring a solar lighting system, she and her family will be able to extend their productive hours and therefore achieve an increase in their income. In addition, they will be able to save some money since they currently spend a large percentage of their income on alternative energy sources such as diesel and candles.