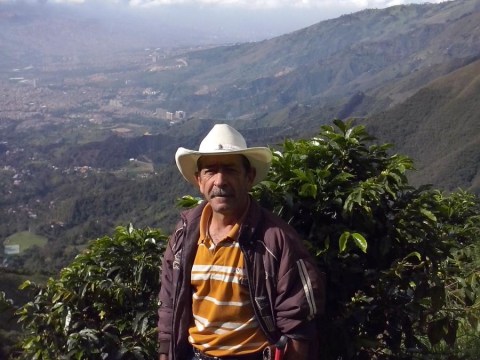 A loan helped to buy a spraying machine, pigs, fertilizers, compost, and seeds for his land since he wants to work until the end of his life.

Javier is a tireless man of 53 who dedicates his entire life to his work and family. He was raised according to the moral values of a humble country family, where respect, humility and work were the main pillars. He works growing onions, corn, beans, and coffee, and has such a desire to work that during the week he works on two plantations, so as not to be idle for even a moment. He is the father of three children and has a marriage to be proud of, and in light of his desire to feel even more productive, he wants to begin selling pigs. He is aided by his son, and as he wants to make progress, and to show him every day that age only makes one more experienced, he is requesting a loan to buy fertilizers, compost, seeds, a spraying machine and suckling pigs, with which he will generate another income to offer his household. He wants to die working on his productive land.