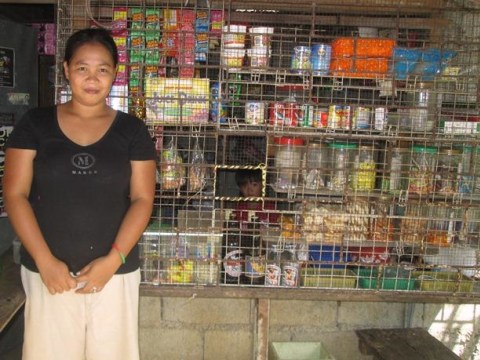 Phoebe Adnel's loan finished fundraising, but these other borrowers need your support

A loan helped to purchase more items like soft-drinks, rice, sugar, shampoo, and other groceries.

Phoebe Adnel is 26 years old and she is married with two children. Phoebe Adnel works hard to provide for her family. She runs a general store in the Philippines and requested a PHP 10,000 loan through NWTF in order to purchase more items like soft-drinks, rice, sugar, shampoo, and other groceries. She has previously borrowed and repaid four loans from NWTF. She has been running the general store for three years and also earns an income from pig fattening and food vending. Phoebe Adnel aspires to build and expand her business to secure the future of her family.