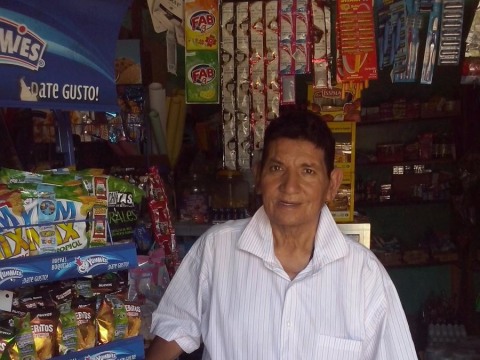 Porfirio's loan finished fundraising, but these other borrowers need your support

Porfirio used to wear a marine and blue colored uniform when he protected national security as a member of the national police of Nicaragua. He is now 58 years old. He has been retired for 2 years and he decided to use his retirement money to open his own grocery store run out of his house, his wife acting as partner. He is the father of 3 independent children, but as he was only able to attend primary school, he always pushed his own children to do better. Now, they help him when they can by sending money home from Costa Rica, where they work. Porfirio is a fighter and, obviously, hard working. He wants to see his business grow more and more and so he needs the help of a loan in order to purchase supplies like rice, beans, shampoo, detergent, milk, bread and other items for his store. He thinks that with a larger selection, he will be able to offer more and better products, which will increase sales. He has plans to make improvements to his home, adding rooms for when his children return home.