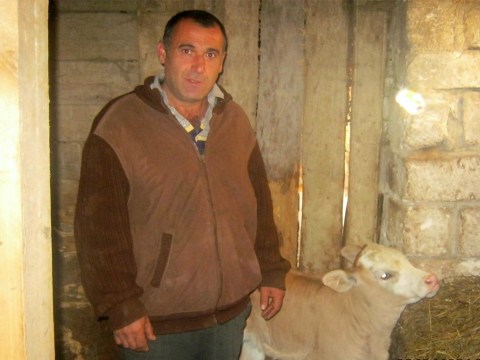 A loan helped to buy a bull, three pigs, and animal fodder.

Gagik lives in the village Sevkar in the Tavush region. He lives here with his wife and three children. For 20 years, Gagik has been busy with farming and agriculture. He used to work as a locksmith, then he was a contractual military serviceman, but now he has no other occupation, except farming, in which his elder son and wife help him. On his farm, Gagik has a cow, three bulls, a calf, five sheep, two pigs and ten chickens. Thanks to his hard work around the farm, he manages to sell pork, mutton, milk, and eggs. Also, in his car, driving about Ijevan City, he sells the fruits and vegetables of his land, such as potatoes, greens, onions, apples, plums, and figs. Gagik greatly wants to make his farm richer with cattle, so he asks for this loan in order to buy a bull, three pigs, and animal fodder.