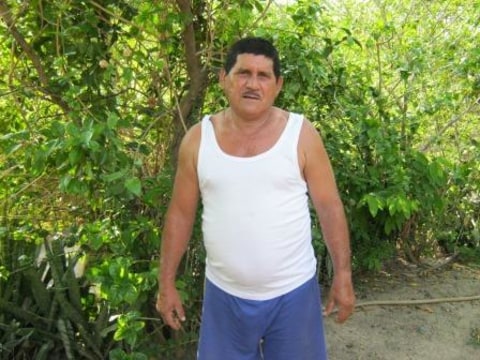 Visitación's loan finished fundraising, but these other borrowers need your support

A loan helped to grow watermelons and to buy meat for resale.

Visitacion, 58, is a local farmer. He grows basic grains and watermelons, which his wife sells. She owns a small cafe on the side of the road where she sells soft-drinks, snacks and the tasty watermelons to people traveling on the road. Visitacion also sells fresh and cured meat and he butchers cattle and pigs. This activity provides sustenance for the family. He also grows his land, which provides plenty of fruit for personal consumption and to sell for an additional profit. The loan will be used to grow seasonal watermelons and to purchase meat for reselling, in order to increase production and income. Visitacion hopes to increase production and sales this season, which he hadn't managed in previous years due to lack of financial support. His long term goal is to make improvements to the cafe and increase sales because it has a lot of potential.