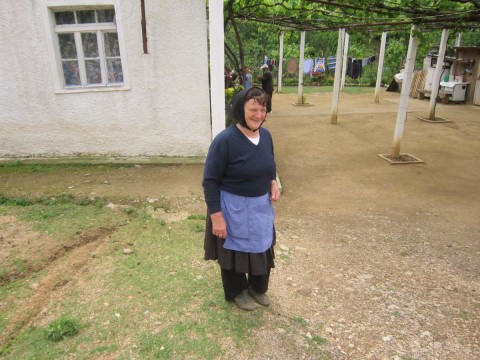 A loan helped to pay for her farmer's voluntary pension contribution.

Drane is a villager and has been a private farmer since 1990 with the collapse of the communist regime. Prior to the 90s, villagers worked in cooperatives and as such the government had contributed to their pensions, yet, since 1990 farmers should contribute to their own pensions. This is why Drane is requesting this loan of 150,000 Albanian Lek to pay for her pension contribution. Vineyard is the type of activity that she has been practicing now for very long time and in addition to it she plants seasonal veggies and other crops and has one dairy cow; the latter produce is only used for her family’s needs. In the village where Drane lives, during the communist era, a super-phosphate plant was built and functioned that made it impossible for agriculture to grow; however, nowadays this village is covered in greens.