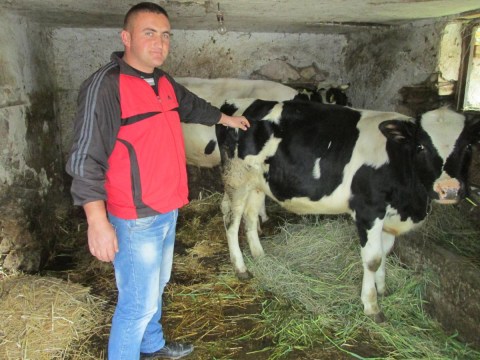 A loan helped to build his animals' stable.

Erando is a 26-year-old hard-working man who wants to build a stable for the animals. He worked as a police officer for almost three years, then he had a car accident from which he was left with broken hips and bones. He got bone replacements, but he cannot work as a police officer anymore, thus, he shifted his focus to agriculture/livestock. Erando has two cows and plants beans, potatoes, corn, fodder and wheat. He sells the raw milk to dairy farms and also the agricultural products to wholesale buyers. The village where Erando resides is known for the production of large quantities of plums and apples; sheep and cows are the animals that villagers prefer to keep the most. Traditional foods are the pies baked in a primitive way and pickles made of almost any vegetable.