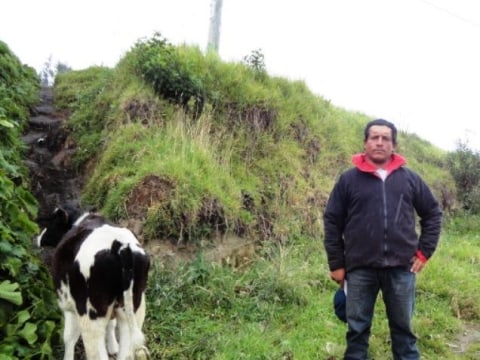 Milton Eduaro's loan finished fundraising, but these other borrowers need your support

A loan helped To buy a cow.

For 18 years Eduardo has dedicated himself to livestock farming and wage-earning jobs. He is known for his seriousness in business. He has a common-law wife and three children, ages two, seven and nine years old. The eldest two attend school. He will use the loan to buy a cow to expand his business. He says that in order to raise his cattle he rents land for them to graze on, and it is profitable. He says he works for his children's well-being and hopes they meet all their goals in the future as far as education is concerned.