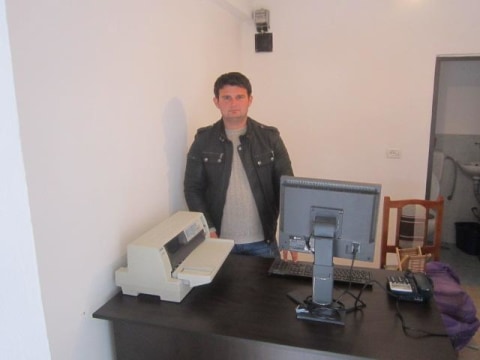 Bledar's loan finished fundraising, but these other borrowers need your support

A loan helped to buy equipment for his insurance business.

This is Bledar, photographed at his insurance business that he’s been operating for a couple of months now. After graduating from the university, he went to live in his home town. While there, he realized that there was no insurance agency in his town of residence, nor in the nearby regions. This factor convinced him that he would be successful at this type of business due to targeting a large clientele. This is not the only job he does for living; he also works as a driver for a construction company. For years, Bledar worked as a bus driver traveling the Tirana (Albania) –Selanic (Greece) route, but he suffered a severe accident and was treated for a long time in a hospital in Athens. After all, according to him, he became fine, thanks be to God. Bledar is a 29-year-old young married father of a 2-year-old. He needs this loan to buy business equipment.