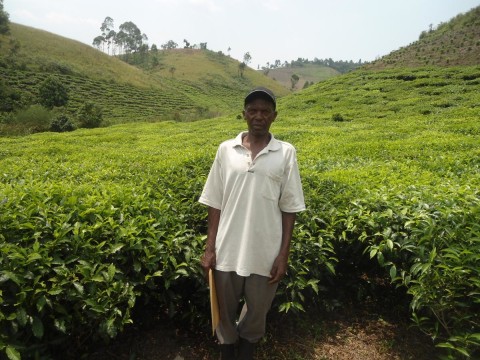 Donozio's loan finished fundraising, but these other borrowers need your support

A loan helped to buy fertilizers.

Donozio is a farmer who grows tea in Kyenkaka cell in Rushsyo in Bushenyi-Ishaka. He is 56 years old and started farming in 1974 with a hope of getting a clear source of income to use to provide for basic needs of his family members. Farming is his major source of income. He also sells milk which gives him additional income. He has applied for a loan of 2,000,000 UGX to be able to buy fertilizers which he hopes will boost the fertility of the soils where his tea garden is located. Donozio hopes to get enough income from the increased yields. His clients are mainly the tea traders in the same area where he operates and the factories which buy tea for processing. Donozio is a hardworking man who works five days on the tea garden every week and uses the other two days of the week to look for a market for his tea. He is mainly challenged by the weather, especially the dry season since it does not favour the tea and instead dries up the plants. He is hopeful that if he gets the loan and applies the fertilizers, the yields will be higher and he will get relatively big profits from the business. He will then be in a position to provide for his family members.