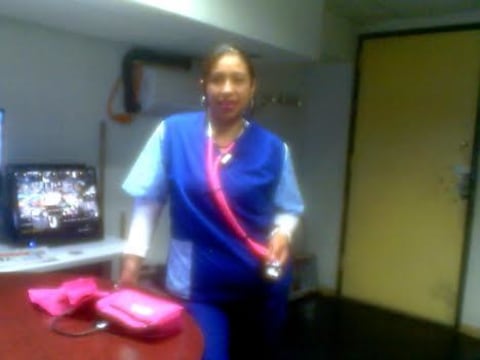 A loan helped pay a semester of tuition toward becoming a nurse's aid.

This story begins 29 years ago when a little girl named Carmen Mercedes was born. Her family consisted of a mother, a father, four sisters, a brother, and herself, and she had a happy childhood and adolescence. When she was just 16 years old, she met the boy who would become her husband, and in the beginning, everything was beautiful. But as time went on, he got to know many women, and more than once he deceived Carmen and hurt her. From this 13-year relationship, they had three lovely children: two boys and a girl, who are the engine behind everything that drives Carmen. All that she wants is to get her children ahead. After 13 years together and 6 years of marriage, Carmen learned her husband had been unfaithful to her with the woman who was to be the godmother of their youngest child. This was in 2011. When she kicked him out, she was left alone with three children, without work or income, now that he was gone. Her parents were watching out for her and the children, though, and her oldest sister learned about a new class in the neighborhood, which Carmen took as a way out of her isolation since it was nearby and she was able to save on bus fare. The class was about sewing, and she learned to run a flat sewing machine. It was her way out of all the pain, anguish, and helplessness that her husband and the father of her children had left behind him. In her class, she made a lot of friends who helped her to forget her reality. One special woman in particular helped her get a job in a hospital as a custodian. From there she was able to get a new job as a security guard. Life changed and she was able to meet her household obligations. She continued to save so that she could one day buy her own home, as she had been saving throughout her marriage (unknown to him). But her chief goal has always been to see her children become professionals, and to make that happen, she began looking for other options for schooling. She found out about CampoAlto through some students who worked at the hospital where she did. One of the professors gave her some information and she decided to enroll and reach out for one of the dreams she had never been able to achieve while she was keeping house for her husband. She made a sound decision: the decision to begin to live. Lost time can never be recovered, but she started school to show that there are no impossible things nor incapable people. For now, she is achieving one of her dreams, that of studying for what she has always wanted to become, a nurse's aid. In October 2013 she enrolled, and her greatest desire is to graduate and serve the most needed people in the health field, doing so with professionalism. She will learn and show the entire world, including her ex-husband, that a person's dreams and what it takes to achieve them are worth the effort. She also hopes that her children will realize that nothing is impossible, regardless of circumstances. She needs Kiva's collective help, since her expenses are considerable, not just for tuition but also those that her three children generate. It's a little complicated for her to pay all of her bills, but with the loan from Kiva, she can save part of her money and use it towards her or her childrens' expenses.