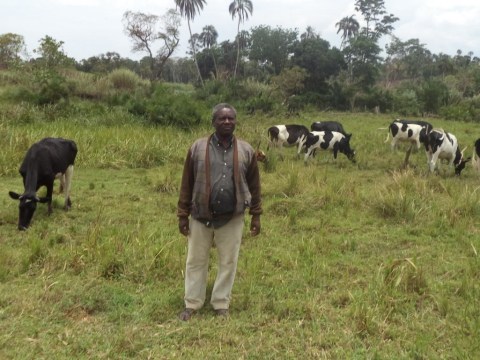 A loan helped To buy cattle for fattening.

Julius is an agriculturalis in the remote village of Nyarubungo Masha in the Isingiro district. He is married with five children, and all are in school. He started cattle keeping at the early age of 12, as it was the main economic activity in his village. After the death of his father, he struggled a lot to make his mother survive through cattle farming until he managed to put up his own family, which has made him even start his own farm. He is now requesting a loan of 5,000,000 Ugandan shillings to buy more cattle for fattening. He is optimistic this will take him a long way.