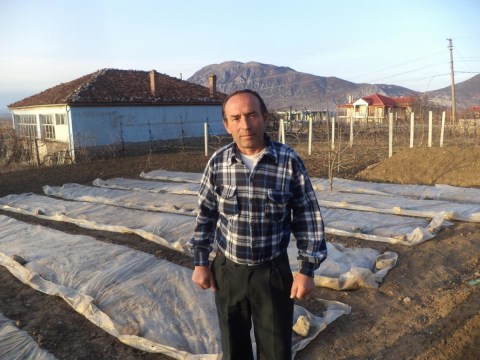 Armand's loan finished fundraising, but these other borrowers need your support

A loan helped to buy potato and onion seeds.

Armand is from a village near the border between Albania and Greece. In between 1910-1930, Romanian people first settled the village, coming from a neighboring country (Romania) bordering the Black Sea. Armand is a member of this community. The village is surrounded by beautiful mountains. On top of one of them, they built an Orthodox Church as soon as they settled. There are two wells that satisfy the need for drinkable water for all these villagers whose agricultural practice is based on orchards of plums and apples, vegetables and grains such as corn, wheat, potatoes and onions. Almost every household makes in a primitive way the delicious alcoholic “raki” drink which is made of plums. Armand has four children. In addition to their agricultural activity, Armand does construction during the summertime and his wife works in an olive oil factory during the winter and sells fresh produce at the farmer’s market of Korca city the rest of the year. Armand needs this loan to plant potatoes and onions.