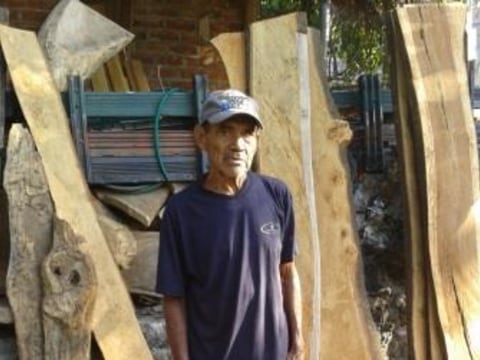 Noe's loan finished fundraising, but these other borrowers need your support

Noe is 73 years old. Due to the economic situation of his parents, they could not give him an education. They had a large family with limited economic resources, so they had to work and did not have the opportunity to learn. His children are grown up and have their own families that depend on them. His wife helps him with their home and takes care of household chores. Since he was young, Noe has worked in the farm business. His father and his siblings also work in this business which done during the winter seasons. He works all day to get a good product and good results. During the summer months, he works in a quarry where he breaks stone and later sells it. He leaves in the mornings and works all day to finish and sell a truckload of stone. He has carried out this work since he was very young when his father taught him and his brothers. The loan funds will be used to buy three livestock as he hopes by the end of the year to sell two and have revenue from the one that will stay. His dreams for the future are to continue working until he can no longer do so and always fend for himself and support his wife.