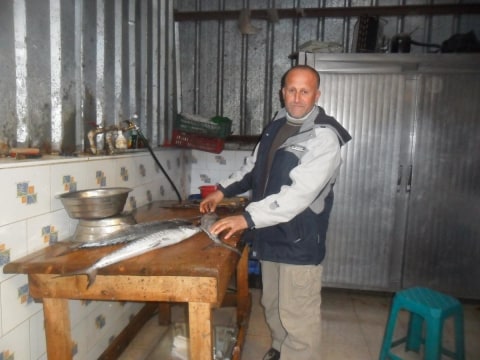 A loan helped to buy a refrigerator for the fish, which will expand his selling capacity to more customers.

Yaseen is 42 years old. He lives with his wife and two sons and two daughters in Gaza. His life conditions prevented him from completing his higher education so he became a fisherman. He has been a fisherman since 2006. He earns monthly around $500. In 2012, he opened a shop for selling fish. In order to increase his business capital and to expand his selling capacity, Yaseen asked Ryada for this loan. He plans to buy a refrigerator for the fish, which will lead to an increase in his stock and his income. Yaseen hopes that this loan will lead to support the needs of his family and allow him to reinvest in his business.