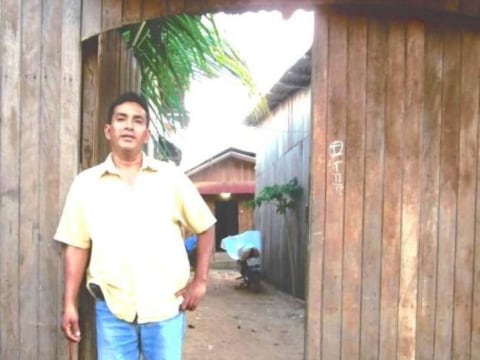 Orlando's loan finished fundraising, but these other borrowers need your support

A loan helped to buy spare parts such as tyres, wheel rims and other items.

Orlando, who is 47 years old, is married to Neria and they have 2 children who live with them in their own house. Orlando's business is providing a passenger service in his mototaxi, which he bought using his savings and a private loan. Thus he started 12 years ago when he bought his first vehicle, and over time he renovated other vehicles when they deteriorated through daily use. Orlando likes his business as it enables him to have an income which he can use to cover his family expenses. He also likes being his own boss. On the other hand he says he does not like it when his mototaxi breaks down frequently as it costs him a lot. Despite this he gets good results and so he has plans to grow his business and buy a heavy goods vehicle. On this occasion he is asking for 1000 soles. He is grateful for the financial support he is getting to be able to reach his goals. He will use the sum requested to buy spares such as tyres, wheel rims and other items to keep his mototaxi in top condition.