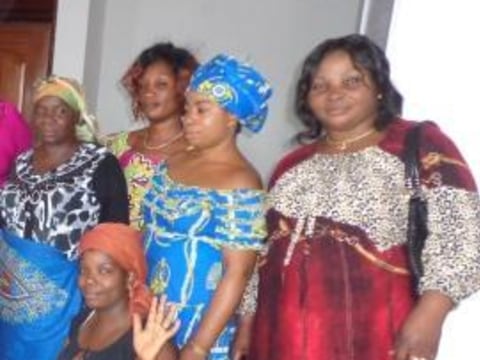 Generosite A Group's loan finished fundraising, but these other borrowers need your support

Kyangwi, age 37, is a brave merchant and a member and the president of Générosité A Group. She's energetic and an experienced senior entrepreneur. She's the mother of nine children, out of whom seven go to school. The other two are still kids. Kyangwi sells clothes ("pagnes", a kind of colorful African cloth). She displays her products at the central market in her town. She started her business with support from her husband, who is a public administration employee. Later on, she got a loan from Kiva's partner, the MFI Hekima. She's been running her business for 15 years. This new loan will be used to buy 140 pieces of pagnes. She wishes to expand her business project, build a house, and feed her children and send them to school. In the end, she strongly thanks Hekima for its contribution to making women who are excluded from traditional banks self-supporting, especially during this critical post-war time in the East of the country.