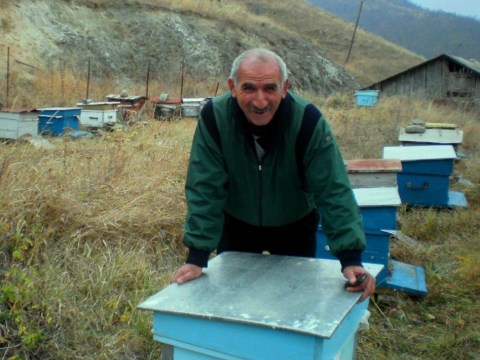 A loan helped to buy 25 beehives and continue his father’s work,developing his beekeeping business.

Garegin is 58 years old and he lives in the village Pambak, which is in Lori region. He is married and has a son and a daughter. Both of them are married and live with their families. Garegin lives with his parents, who are already retired. His father is a long-lived person; he is 100 years old. Thanks to his father, Garegin has become a very famous beekeeper in his village. His father used to be the best beekeeper in their village, and for years he taught his son all his skills and the secrets of beekeeping, and still now despite his age, he helps him greatly. He always says to his son that bees are very powerful and enigmatic insects in nature, and man must work with them carefully, accurately and of course with love. As Garegin says, it is just obvious that in the whole region, he can surely say that there is no honey better than his. Garegin wants to increase the number of his beehives and he asks a loan of 1,000,000 AMD in order to buy 25 beehives and continue his father’s work.